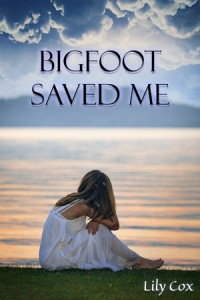 After a while, I heard Doug snoring, and I got up and walked outside and sat on the porch. I listened to the sounds coming from the woods and felt myself finally relax. This gave me a chance to look at my relationship from another angle. Maybe I was just trying to save my marriage because that’s what I thought I was supposed to do. Maybe if I’m totally honest with myself, I’m a little bit afraid of being alone again. If these are the reasons, then I need to promise myself to stop railing against the inevitable.

I was feeling rather zen about it all, and I fed off the energy that seemed to be emanating from the forest. It’s true what they say about getting back to nature and how it really revives the soul. However, just when I thought I had reached the pinnacle of my inner peace, I heard what I thought was a growl. I sat upright and listened carefully. Remarkably, the other ambient noises seemed to be missing, could the nearby animals also be spooked by what I heard?

I stood up and felt I should probably get back inside. I suddenly had an overwhelming sensation that I was being watched. You know the kind of goosebumps all over, hair standing on the back of your neck kind of feeling. I almost didn’t want to move, but I forced myself to go back in as if my life depended on it.

Everything was the same inside, Doug was snoring away. I forced myself to lay down, and I tried to get to sleep. My adrenaline was running a bit high, so it took some time, but eventually my body gave in.

The next morning seemed ordinary enough. Doug and I went to a nearby cafe for breakfast and had a pleasant exchange. Doug said he wanted to do some fishing, and I thought I’d put on my bikini for a swim. We had our plans for the day which had nothing to do with each other.

Back at the cabin, I put on my suit and took a brisk swim. I couldn’t stay in very long as the lake was still a bit cool this time of the year. I put down a beach towel on the ground and warmed up as I laid out. Since no one was around, I decided to undo my straps so I wouldn’t get lines. It was so relaxing to have this time for myself. Doug had taken the little rowboat out on the lake and was doing his own thing so I would be on my own for awhile.

As I laid there, I fell asleep for just a bit. I had the best dream, but it’s hard to describe as all I remember were hands touching me all over. They explored my body as if they wanted to cover every inch. The hands played with my breasts and pinched my nipples. They slid between my legs and prodded into every nook and cranny.