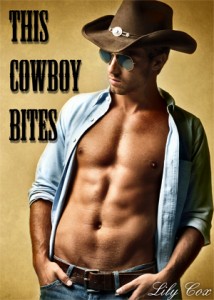 I chose this life of solitude, not out of necessity, but because I was tired of the human tragedy. Mortal lives are so short and fraught with pain and suffering. They muddle around in confusion constantly making the same mistakes century after century. I just couldn’t take it any longer so I decided to come back to our family ranch in Montana that we’ve owned since the country was discovered. It’s not much, just around 10,000 acres near Deer Lodge. Just enough to keep most humans out of my business.

I guess people would think I’m the tragic one, and I used to agree. I will always remember the day I was turned. It was during the First Crusade around 1097AD and the vampires just followed behind the Christian armies on their way to Constantinople. It was an easy feast for them, as long as they checked for a pulse before they fed. My maker obviously returned the favor and gave me some of her blood as well. She knelt beside me and told me I was too beautiful to let die and then bled into my mouth. That was the last I saw of her. Imagine my delirium when I awoke after dying and having no one to guide me.

The hunger was immediate and as strong as a raging bull. I didn’t know I wasn’t supposed to feed from the dead. I was so god awful sick until I found someone who was barely alive. I guess it was just unfortunate that the person turned out to be my younger brother. I had no control since I was a newborn vampire, and I didn’t realize what I would need to do to turn him. It’s probably best that I didn’t, and he isn’t here to see me now.

However, I did mention a family, and I do have one now. Eventually, I met others like myself. Sometimes it went well and other times it went very badly. I have killed my own kind before, mostly out of self protection or protection of my new family. Sometimes, I have killed for what I believe was the greater good. You see, it’s not true that we are soulless demons. In essence, I’m still Philip Godfrey of Champagne-et-Fontaine, but vampires live so long and see so much that we come across as cold and heartless.

I wasn’t always so aloof, and I had a few good loves in my life. I met another vampire in Milan during the Renaissance named Sophia Pisano. She taught me more about being a vampire than I had learned the hard way in so many years. It was a glorious time in my life, and the sex with her was amazing and she was insatiable. We didn’t just have sex with each other; we would invite others into our bed. Sometimes it was other vampires, and we would go all night. Other times it was humans, and we would feast from them just enough to bring them to ecstasy and then send them on their way. You see, there is something rapturous about the bite, especially during sex, and once a human realizes you can give them that feeling no other human can, they will never leave you alone again.

Sophia and I had that problem in Milan. We met a girl named Elisabetta who was a maid in the home of a rich nobleman. She was running errands for her employer, and we talked her into coming home with us instead. She had a delightful body, full breasts and a round bottom that just begged to be bitten. Sophia talked her into a bath which she loved as no one ever runs a bath for the maid. She soaped her up and used the sponge all over her body until Elisabetta was so ready for both us she practically begged us to take her.

In fact, we took her as she stepped out of the tub. She was wet and slippery, and the cool air immediately made her nipples erect. Sophia can’t resist a beautiful breast, so she immediately cupped the perky tit and started sucking on her hard nipple. I stood behind them rubbing Elisabetta’s ass as I listened to her moans of passion.

« Chosen By Aliens: Episode 1
Yowie Wowie: How I Fell For Australia’s Bigfoot »